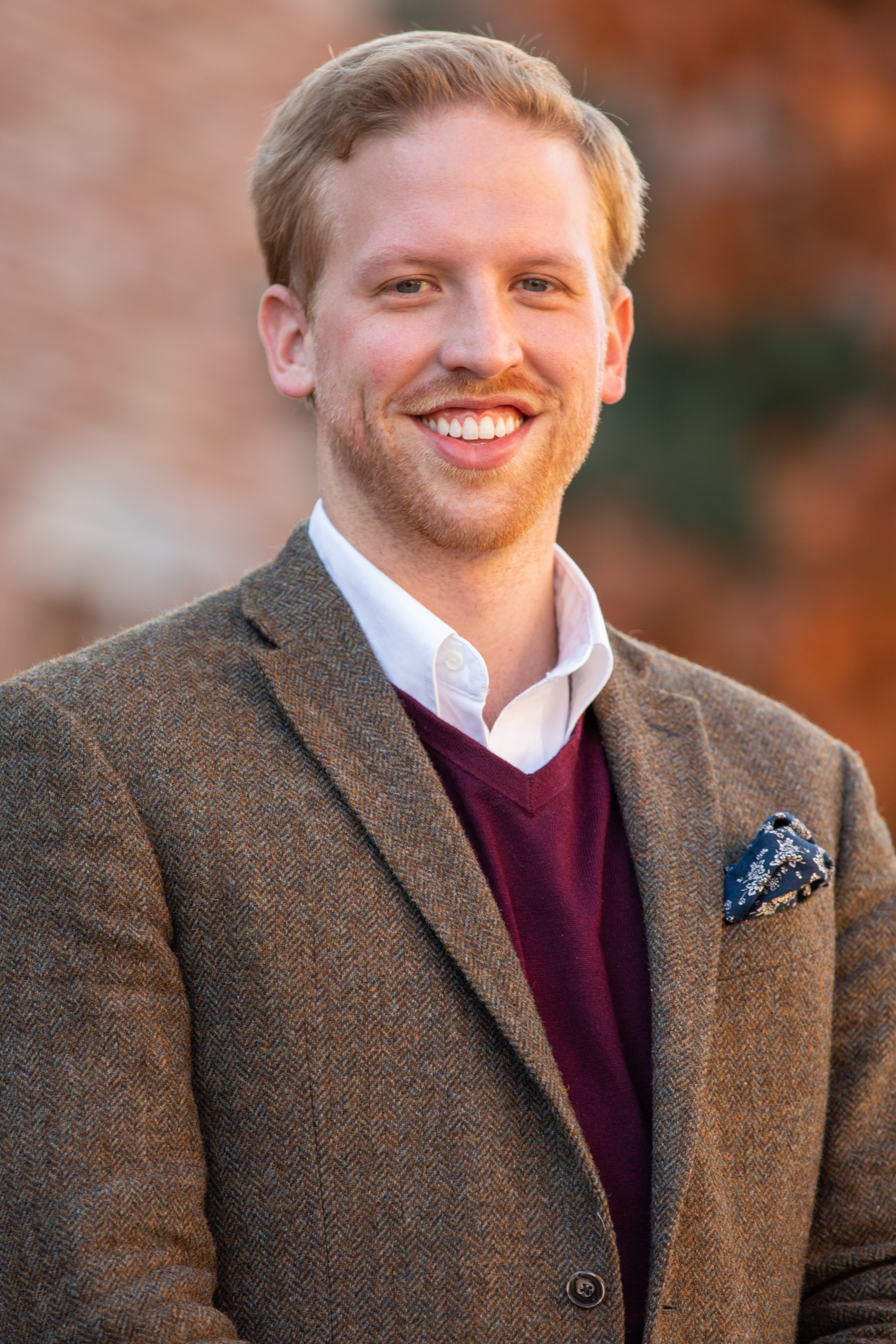 Founder and inaugural chapter president for the NYC chapter. I previously served as one of the first Finance Directors of YCP Chicago in 2017.

I am originally from Golden, Colorado, where I attended the University of Colorado at Boulder on a full-tuition scholarship, studying finance and information management. I spent my first 5 years post-grad in Chicago, working for various consulting firms, and attended Northwestern University for my master's degree in Data Science.

I hold additional board seats on Catholic Charities of NY, the Lumen Institute, the Western Golf Association/Evans Scholars Foundation, and the University of Colorado's Leeds School of Business.

Happy to connect with anyone over email or LinkedIn about YCP. 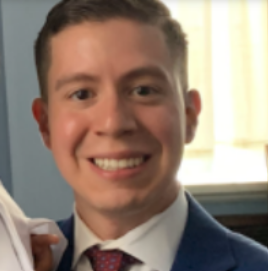 A native New Yorker, Jeff grew up in the Archdiocese of New York and currently resides in the borough of Queens. As a former past pupil of Salesian High School in New Rochelle, NY, Jeff credits the Salesians of St. John Bosco for his faith and dedication to serving God and His Church. Jeff likes to remain active in his faith, as well as exercise, keep abreast on the news around the world, and explore the city.

Co-Director of Marketing for the NYC chapter.

I currently work as an Account Executive at Nike Communications, a public relations agency in New York City, where I serve clients in the luxury travel and hospitality industry.

I graduated in 2020 from Loyola University Maryland where I played Division I lacrosse and studied communications, marketing and Spanish. I am originally from Chatham, NJ and am currently living in Hoboken, NJ. 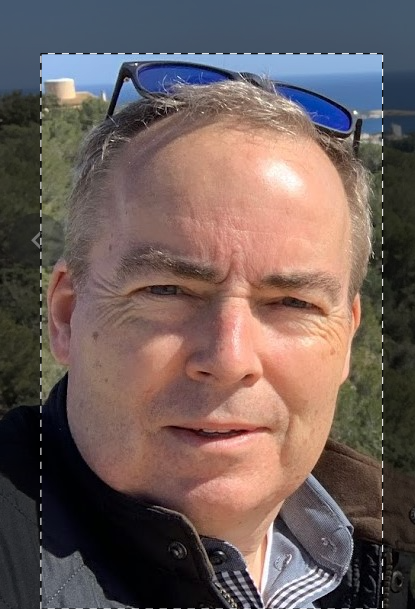 Bill lives in TriBeCa, NYC with his son, Will, and his wife, Margot. He grew up on Long Island and has been in and around New York his entire life. He is an active member of St. Joseph's Church in Greenwich Village where he serves as a Trustee.

Bill has an MBA from Fordham Gabelli School of Business. He has been in the financial services and IT industries his entire career working for companies like Citibank, IBM and his current venture, BCC Group. Bill also started the Entrepreneur's Ministry associated with St. Joseph's. He is a published author and does lectures on various subjects such as analytics, cloud computing and cryptocurrencies. 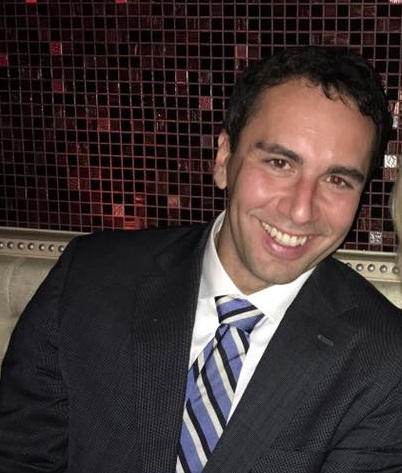 Phil brings 20 years of business experience to his consulting practice. Previous to his nine years of leading P3 Analytics, Phil gained five years of consulting experience at Merkle. On the client side, he worked for Citigroup and Columbia House. His expertise is in the formation of mathematical solutions, and their communication and translation into everyday language. Phil has an MA in Economics (NYU) and an MS in Statistics (UConn). 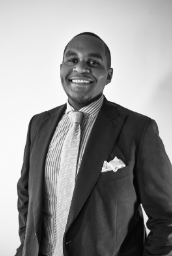 Mr. Juin is the Founder of JC Capital Partners. Before founding the firm, he's held various positions with First American Financial & GE Capital.He is involved in all aspects of the firm's investment and management activities. Mr. Juin holds an MBA from Cornell University & Manhattanville College 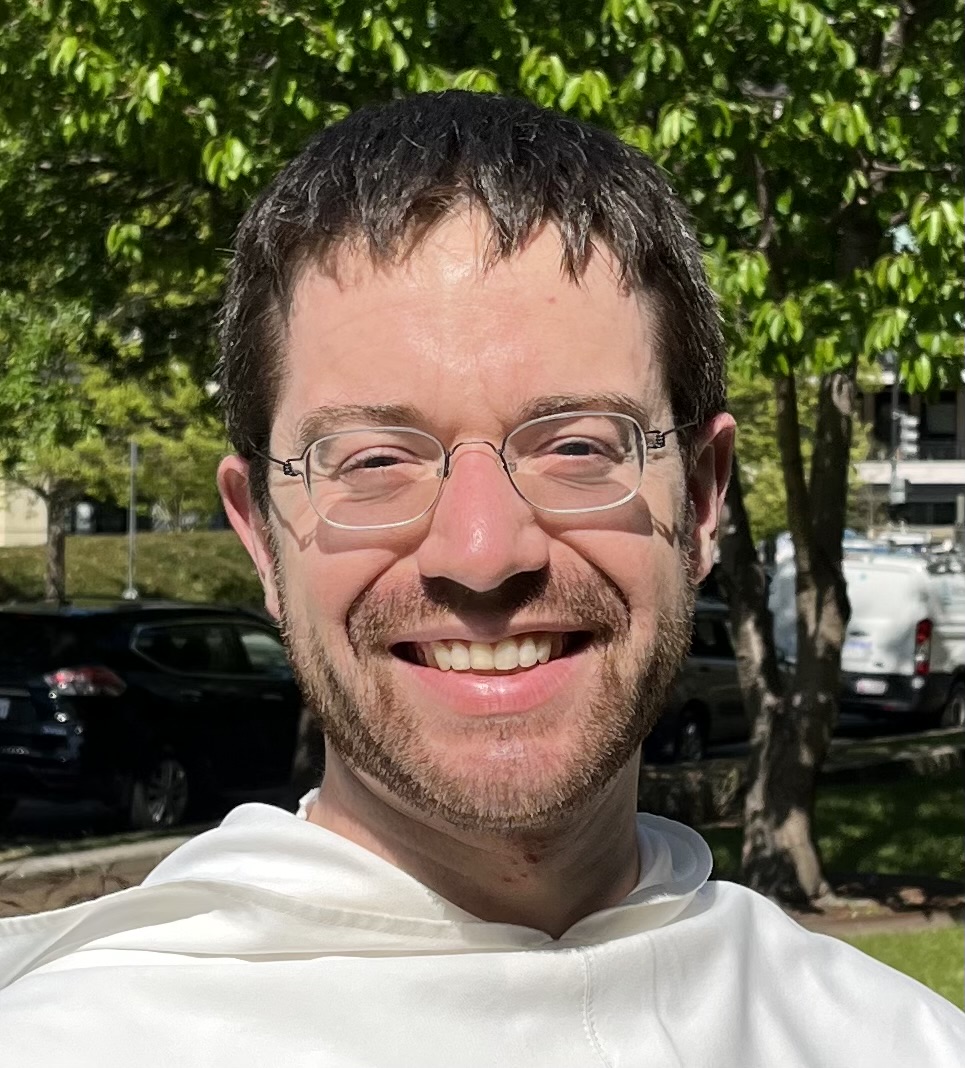 Fr. Isaiah Beiter was born and raised in Charlottesville, Virginia, where he and his family attended St. Thomas Aquinas University Parish, one of those served by the Dominicans of the Province of St. Joseph. He remained in Charlottesville until he began studies at Franciscan University of Steubenville in Ohio. After graduating with a Bachelor of Arts in Philosophy, he entered religious formation with the Dominican Province of St. Joseph, making first profession in 2015. He was ordained a priest of Jesus Christ on May 22, 2021.

Fr. Isaiah received his Licentiate of Sacred Theology from the Pontifical Faculty of the Immaculate Conception, and began his ministry as chaplain at the Catholic Center at NYU in the summer of 2022. He lives in the Dominican community at the Church of St. Joseph in Greenwich Village. 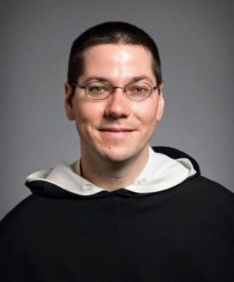 Pastor of the Dominican parish of St. Vincent Ferrer and St. Catherine of Siena in the Upper East Side of Manhattan.

I grew up in Western Maryland and joined the Dominicans a year after college. I previously served as the Chaplain of Providence College run by the Dominican Friars in Providence, RI, and I am grateful to serve the Church in NYC now. 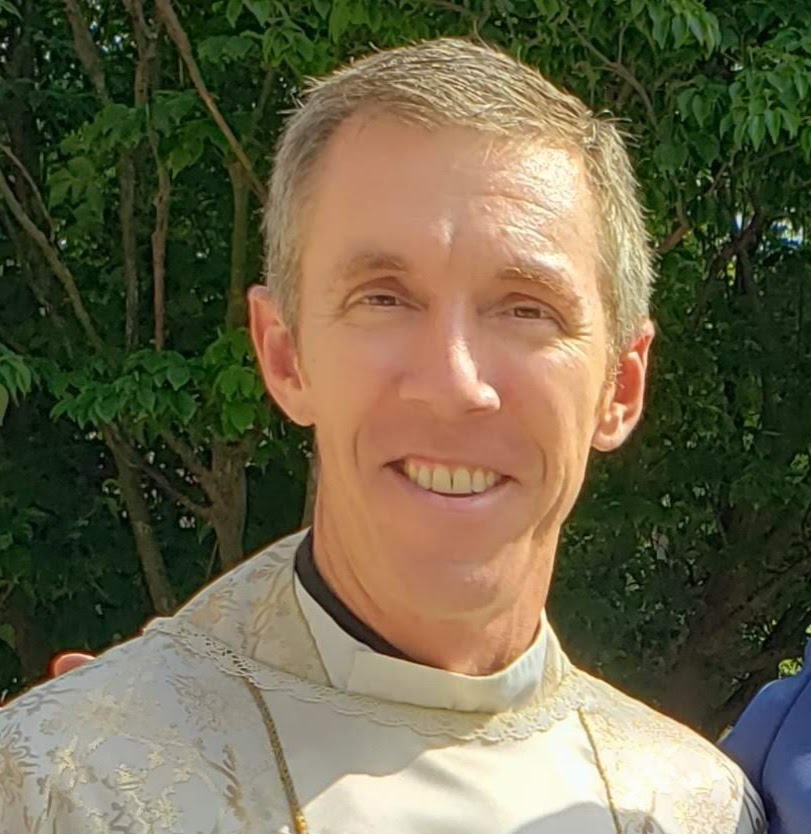 Fr. Daniel is a Legionary of Christ priest. A native of South Central Pennsylvania, he grew up in a Methodist family. He pursued a music career beginning with classical studies on the French Horn and an undergrad degree in Music Performance. He was introduced to Catholicism through a college friend and came into the Church a year later.

After graduation he entered the seminary and has studied in Connecticut and Rome, Italy. As a priest since 2006, his assignments have been in Sacramento, Dallas, and now New York. He has worked in a start-up university project, young adults ministry, K-12 schools, and is currently a spiritual coach for business executives, bringing the Gospel to Wall Street. 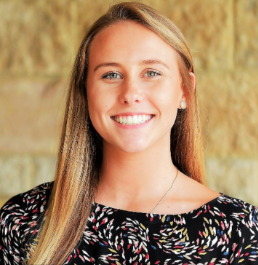 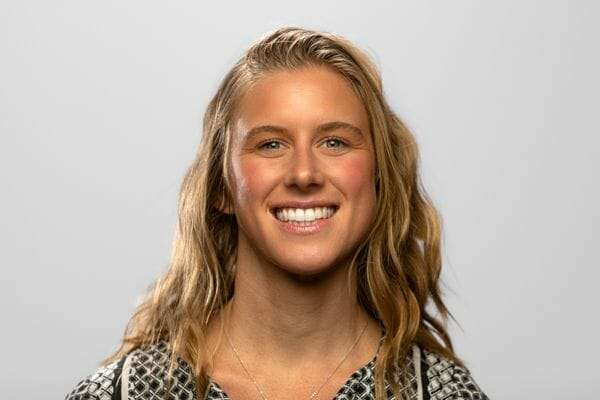 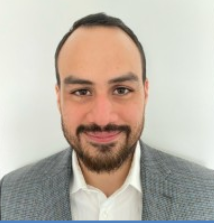 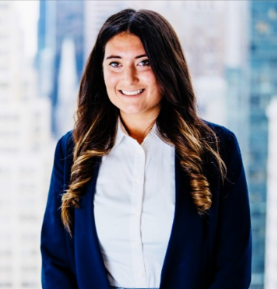 A Rhode Island native that has called Nyc home for 4 years. Professionally, I help investors find the best data, research, and experts they need to conduct their analysis and make decisions that generate alpha. 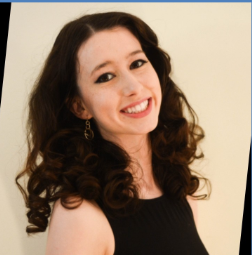 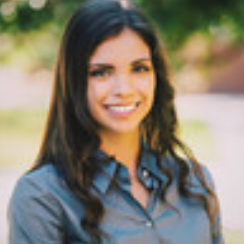 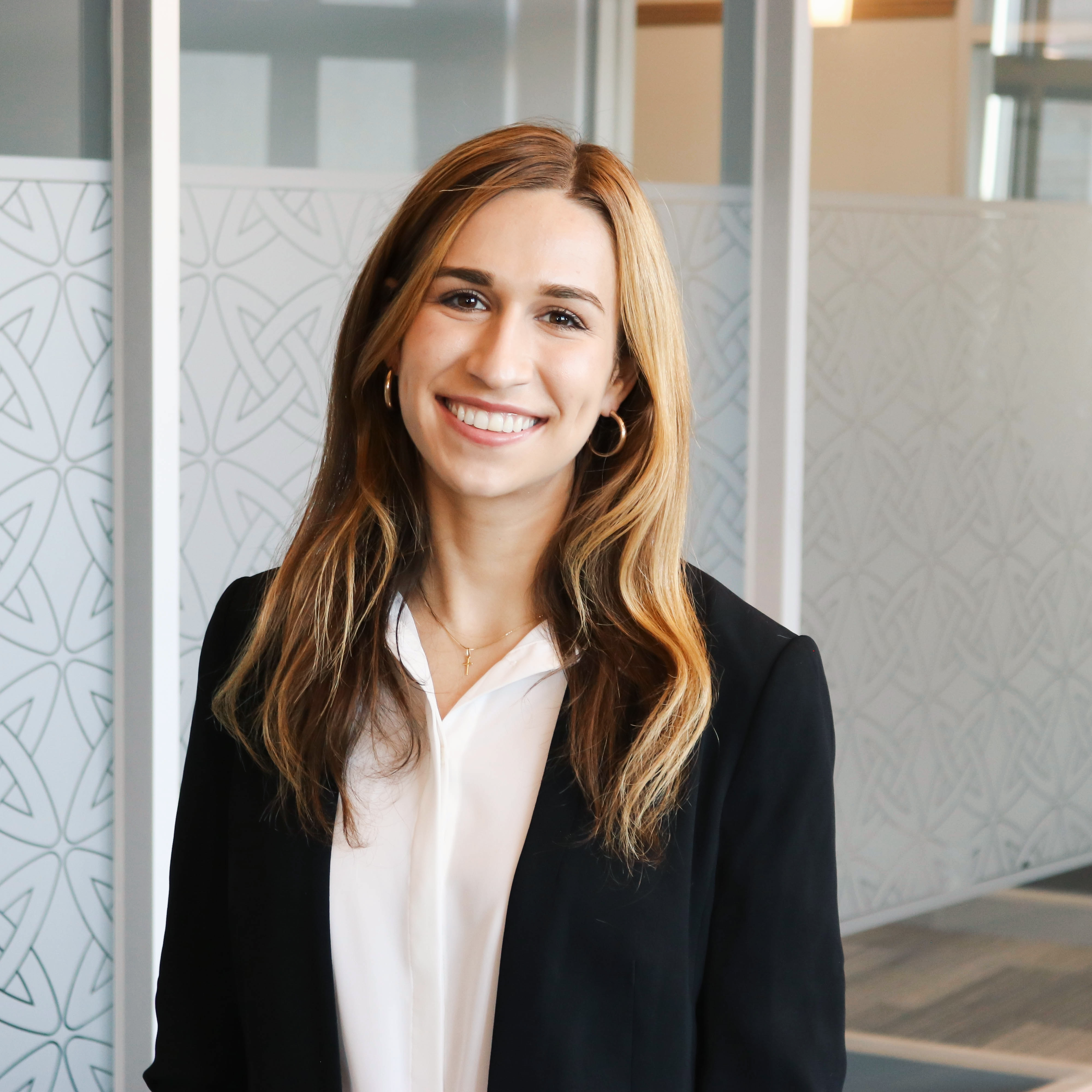 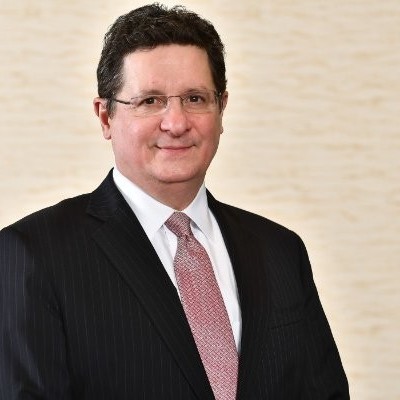 I am a retired senior partner from Deloitte with more than 35 years of client service experience. I have extensive experience and leadership in the accounting and auditing profession, including my M&A background, experience in corporate governance matters, and developing and mentoring financial talent.

I am currently a member of an angel investment group whose mission is to invest in early-stage entities that have potential to grow and positively impact society. An important part of our investment group’s mission is to harness our collective knowledge and experience. As part this group, I work with Founders and CEOs to accelerate their growth strategies, mature their businesses, and help them achieve their overall strategic goals.

I also serve on the Board of Trustees for Catholic Charities of the Archdiocese of New York since 2008. 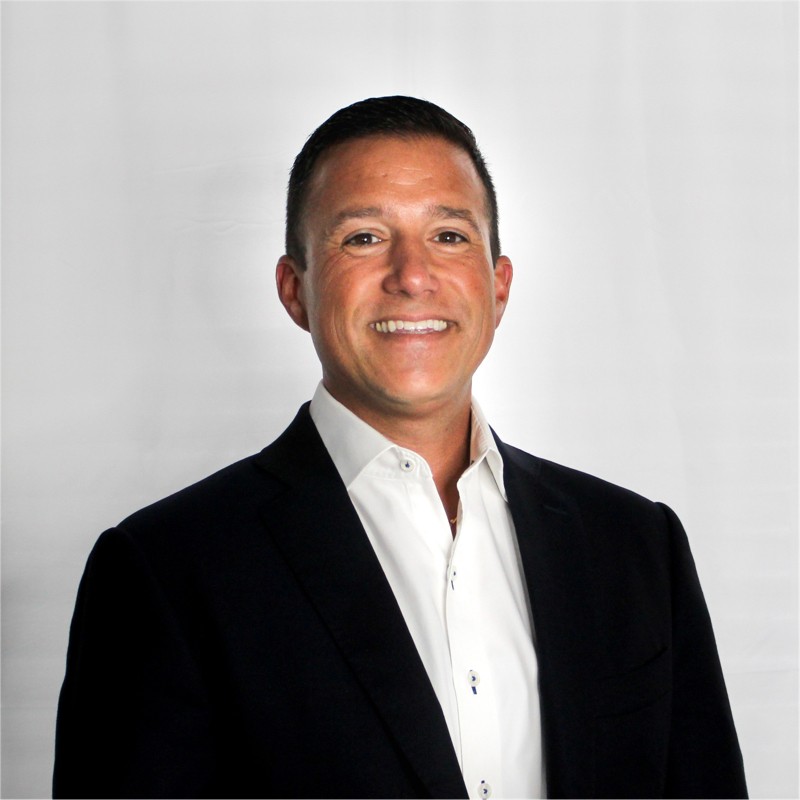 John Malizia is the President and CEO of the A1 Roofing Company which is based in Port Jefferson Station, NY. The A1 Roofing Company was started by John’s parents, John, Sr. and Nancy in 1981. John now runs the company, which he has grown from a small family business serving Suffolk County, to a corporation with numerous crews and over 100 employees, serving the entire tri-state area. A1 Roofing prides itself in Trust, Integrity and Customer Service.

John is active in the community and is a member several business and civic groups including the Long Island chapter of the Young Presidents Organization, a global leadership community comprised of successful business CEO’s who achieved significant leadership success at a young age. John is also an active member of the Kids for Kids organization where he helps raise over $1 million annually for St. Jude’s Children’s Hospital.

A daily communicant at Infant Jesus Church, in Port Jefferson, John is also an active member of the CMA and A Trustee of the Parish. He has served on the fundraising board for the Seminary of the Immaculate Conception in Lloyd Harbor, NY for the past 7 years. He is also a third-degree knight in the Knights of Columbus Joan of Arc Council.

John has been married to his high school sweetheart, Erin for 17 years. They have three children and live in Mt. Sinai where they grew up. Erin is a stay-at-home mother. 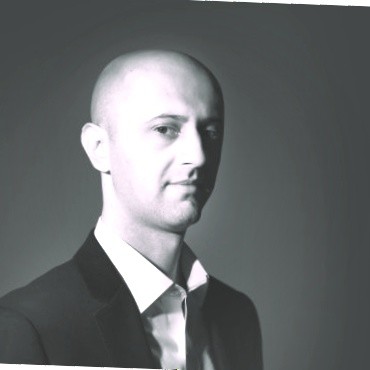 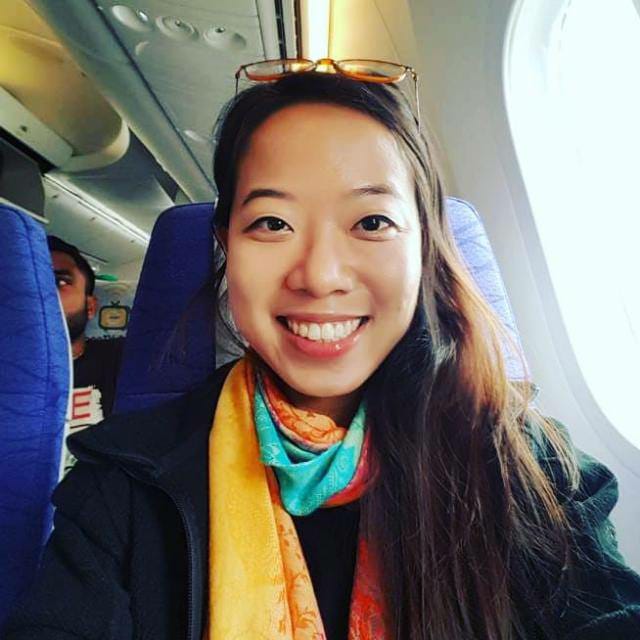 Passionate about community building, tech, entrepreneurship, venture investing, dipping my toes into web3, and the intersection of faith x work. Also a cooperator of the Opus Dei. 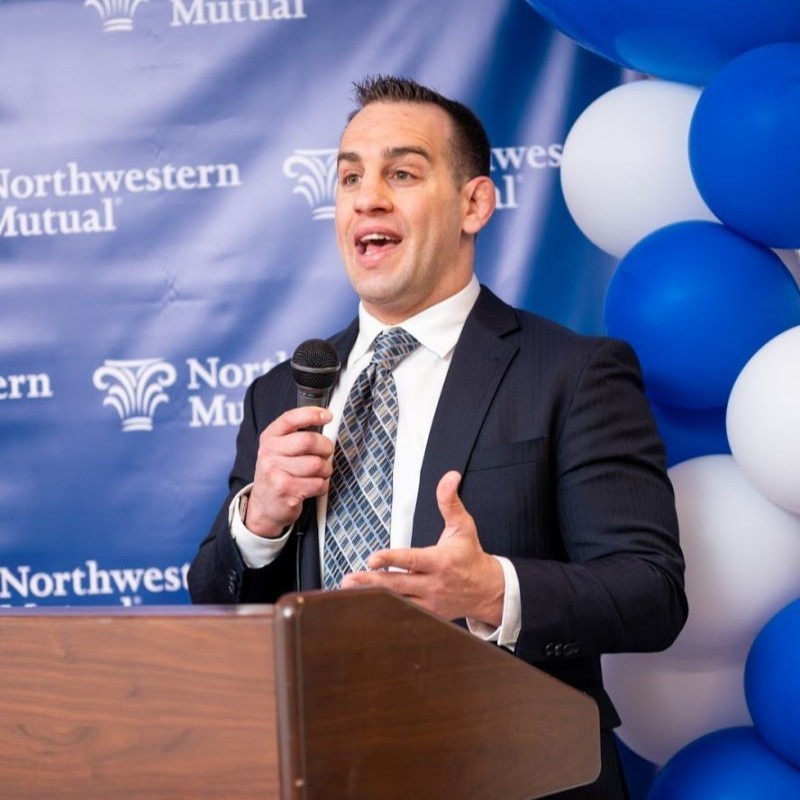 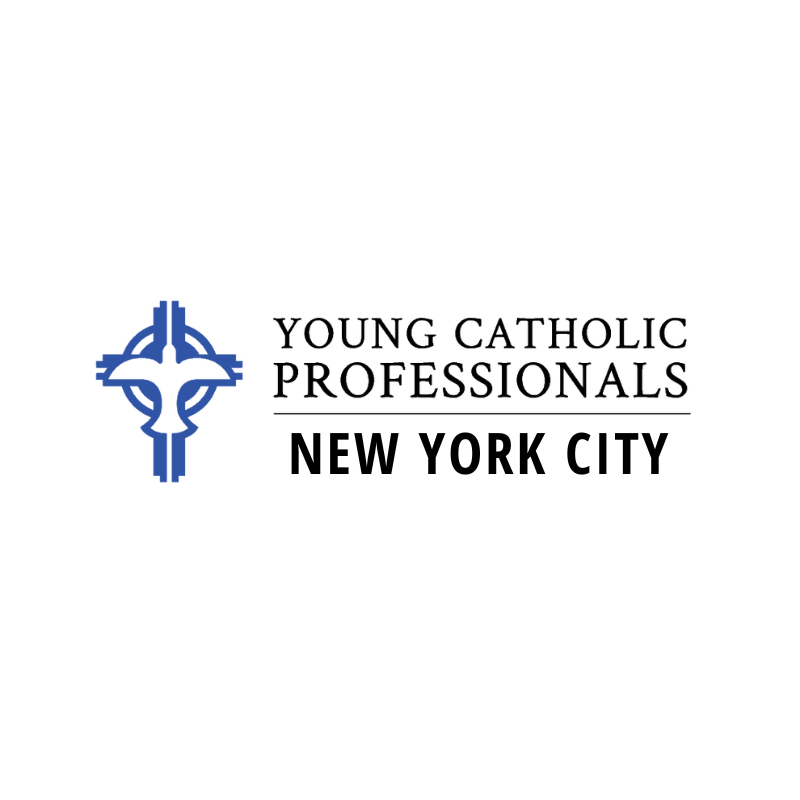 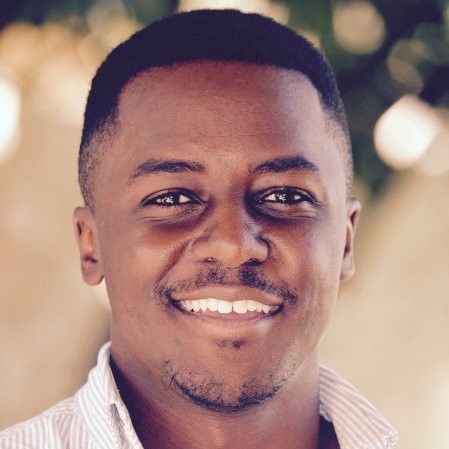 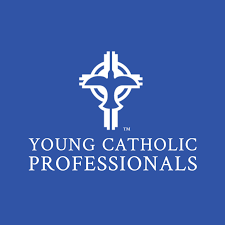 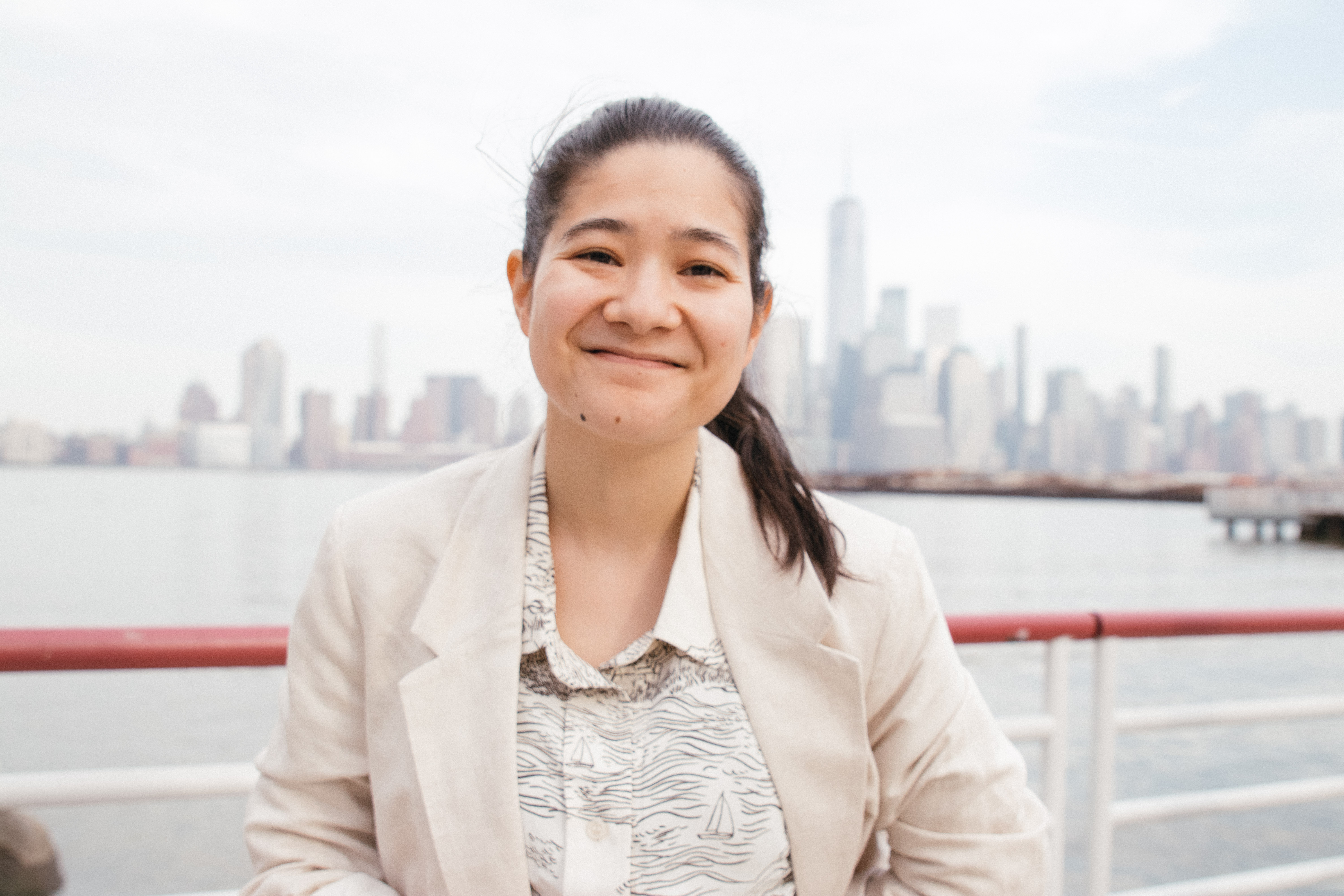 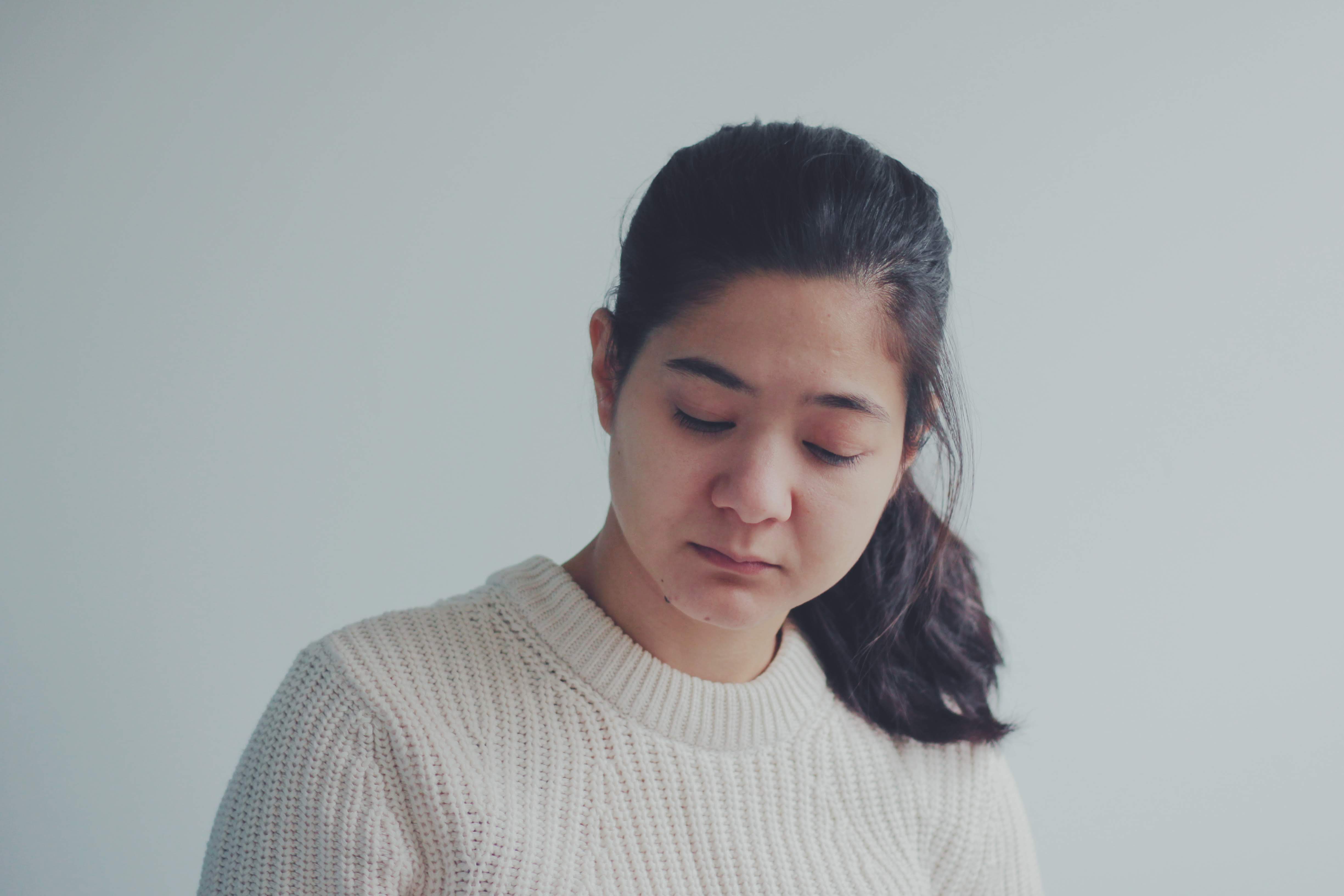 Laura is a filmmaker and creative director based in NY/NJ. She currently serves as president of St Joseph's Young Professionals in Greenwich Village which enjoys a vibrant young adult community. She has a particular passion for evangelization and the juxtaposition of faith and the arts.